What is primary and secondary molding”?

The difference. In fact, it is useless no matter how many times the cold press is carried out,  because the plywood mainly looks at the bonding force,  hot pressing machine must be used to achieve the glue. The so-called primary molding plywood is directly formed by only one hot press (the film paper is directly placed on the core). The secondary molding plywood is to first form the substrate (core board), then sand, polish, putty on the core board, and polish it. Then the film paper is re-entered into the hot press machine, below picture shows the different production process of primary and secondary molding: 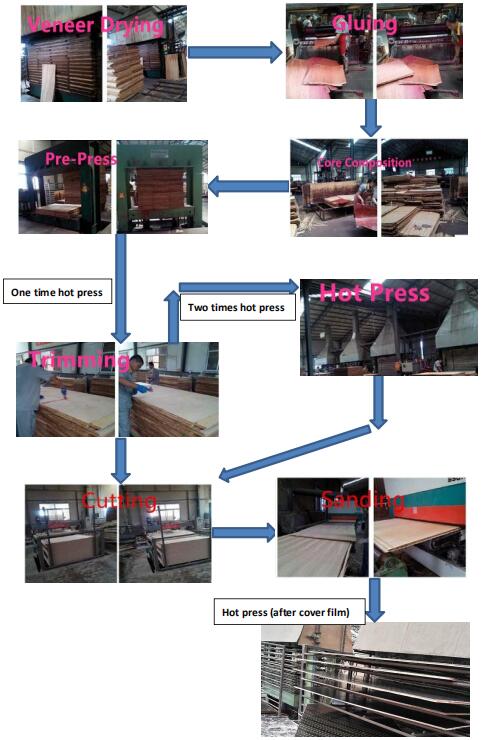 1. The product has different smoothness, flatness and brightness. It can be seen from the plywood surface that the one-time molding is much worse than the secondary molding plywood in brightness and flatness, and the surface generally has a pothole phenomenon (this is due to the gap between the core layers).

4. Cost and price/performance differences. Due to the complicated production process, the cost of secondary molding is generally higher bu 3-4 RMB than the primary molding plate. However, its good adhesion and frequency of use are preferred, making it significantly more cost-effective than a one-time building formwork.